Woods and McIlroy Set For Match Play Duel in China 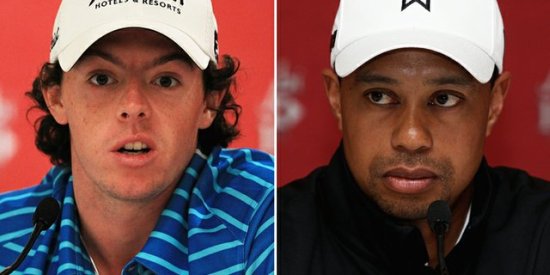 The Ryder Cup may not represent the only time Rory McIlroy and Tiger Woods go head-to-head in a match-play event this season, after all.

McIlroy and Woods, Nos. 1 and 3 in the world ranking, respectively, are set to play in a one-day Duel at Jinsha Lake exhibition in China on Oct. 29, McIlroy confirmed Wednesday on “Morning Drive.” The event was announced by organizers on Wednesday.

The Duel will be held in Zhengzhou, the capital of the central province of Henan.

“It should be a lot of fun,” McIlroy said on “Morning Drive.” “It’s the first time I’ve ever done something like this with Tiger.”

Not surprisingly, the timing of the event worked out with each of their schedules. The Duel will be held the Monday after both the CIMB Classic in Malaysia (an event Woods already has committed to play) and the BMW Masters in Shanghai (where McIlroy is scheduled to appear).

It was reported Tuesday on GTC that Woods and McIlroy will be grouped together in next week’s FedEx Cup playoff event, the Barclays. But never have two of the most famous golfers in the world faced off in a match-play event.
Posted by Scott Stevens at 4:19 PM

Email ThisBlogThis!Share to TwitterShare to FacebookShare to Pinterest
Labels: All Posts, PGA

Add comment
Load more...
Newer Post Older Post Home
Subscribe to: Post Comments (Atom)
Welcome to Eat Sleep Golf - The Okanagan. Have a look around as we continue to shine light on the innovation and creativity found throughout the Okanagan golf community.