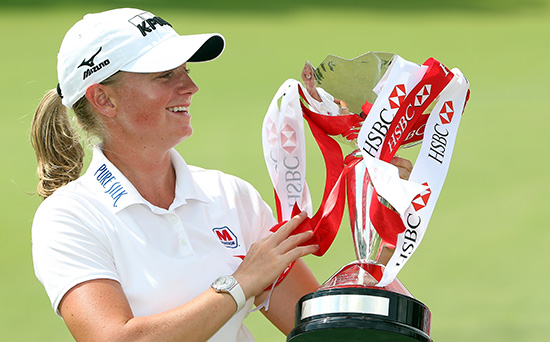 Mizuno delivers outstanding innovations and high-performance technologies for serious golfers of all skill levels. With groundbreaking design technologies and processes like Grain Flow Forging Technology, Mizuno has earned the trust of golfers at every level. For more information on Mizuno’s complete line of golf equipment, visit www.mizunogolf.com.
Posted by Scott Stevens at 3:30 PM No comments:

Email ThisBlogThis!Share to TwitterShare to FacebookShare to Pinterest
Labels: All Posts, LPGA, Women in Golf
Newer Posts Older Posts Home
Subscribe to: Posts (Atom)
Welcome to Eat Sleep Golf - The Okanagan. Have a look around as we continue to shine light on the innovation and creativity found throughout the Okanagan golf community.