Nathan Bruneau, MScPT, of Concept Physiotherapy, has provided us with the following insight.

The majority of golf injuries relate to the back. Men tend to injure themself most commonly in their Lower Back, Elbow (Golfer's or Tennis Elbow), and Shoulder, whereas Woman are likely to injure a wrist or their back.

If you injure yourself, it's likely that it will take approximately 5 weeks to recover. If you seek early treatment, you are more likely to make a full recovery, according to a study by McNicholas et al (1999).

Here is a link that Nathan has referred us to in order to avoid missing any time on the golf course.
http://www.fitforegolf.com/warm-up.html

The better you treat your body now, the longer you will be able to golf.
Posted by Unknown at 3:45 PM 1 comment:

A golf fan decided to bring his sense of humor to the field while watching tournament. Someone on you tube was kind enough to post this video of a wisecracker yelling 'Mashed Potatoes' after professional golfers tee off.

It’s that time of year. The summer heat is pounding away in the Okanagan, and I’m basking in the AC, choosing my top ten picks for the PGA.
Think about it like this. There are 156 competitors, of which only 70 will be considered as ‘low scoring'. From there, we essentially undergo two final rounds of play that will separate the men from the little girls.

Who are my top ten choices for advancement?


My choices, 1-7, are in Alphabetical order, and I suspect them to at least make it into the final two rounds of play, and hopefully, one of them will win. These are classic golfers that I have grown up watching, and some of them have decent game, but have been flying under the radar in the last few big tournaments. Although de Jong is not someone I have followed for years, he’s still going to make my top 10 because he is so young, and has had ample time to work on his game since 2010. Tiger Woods hasn’t been on his game lately, but let’s face it, he’s someone we like to watch, and we keep waiting for him to show us that same talent that we were so enthralled by during his win at the Masters in 1997.


Picks 8-10 are my ‘Wild Card’ picks. Jason Day, 25, has shown some promise, and he is someone I think we’ll see a lot more of over the next few years. Brian Carins, Club Pro from Michigan with a good short game, and Greg Chalmers, winner of the Australian open in 2011.


It’s interesting to note that there are no Canadians currently listed as playing, although one Canadian is on the Alternate list.


Good luck to all players, and may the best take the cup.

LPGA Women Who Played on the PGA Tour 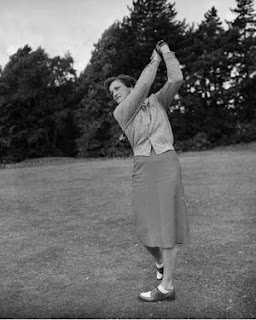 While there is no rule against women playing in PGA Tour events, only a few have attempted the feat and, as of 2012, no female golfer has succeeded in finishing a men’s tour event. Several women in the early 21st century did make headlines by competing against the men, but the first to try it was Babe Didrikson Zaharaias in 1938.

Babe Zaharias
A tremendous all-round athlete, Babe Didrikson Zaharias was a basketball star, and won two gold medals in track and field at the 1932 Olympics. She then enjoyed a highly successful golf career, winning 55 tournaments. She also helped found the Ladies Professional Golf Association in 1949 and was later inducted into the World Golf Hall of Fame. She first qualified for a men’s professional golf tournament, the Los Angeles Open, in 1938. She played the event again in 1945, becoming the first woman to make the 36-hole cut in a men’s tour event. She did not make the tournament’s third-round cut, after shooting a 79.

Annika Sorenstam
Annika Sorenstam was one of the greatest golfers in LPGA history, winning 72 tournaments. In 2003, she was invited to play in the 2003 Colonial in Ft. Worth, Texas, receiving a sponsor’s exemption to the PGA Tour event. With a couple of exceptions she received a positive reaction from the male pros, and was greeted enthusiastically by fans on the course. Sorenstam shot a 1-over-par 71 in the first round, during which she tied for first in driving accuracy but was 84th in driving distance, averaging 269 yards. She shot 74 the second day and missed the cut. "I came here to test myself,” she said after the tournament. “I'm proud of the way I was focusing and proud of the decisions I made and that I stuck to them. And that's why I am here. I wanted to see if I could do it." Sorenstam received more invitations, but declined to compete in any more PGA Tour events.

Suzy Whaley
Club pro Suzy Whaley won the 2002 Connecticut Section PGA tournament, which qualified her to play in the men’s 2003 Greater Hartford Open. Whaley’s accomplishment was controversial because she played from the forward tees in the sectional. In effect, she played a 6,239-yard course while the men’s course was 6,938 yards long. The PGA of America later ruled that golfers must play from the back tees to qualify for tour events. But Whaley was permitted to play -- from the men’s tees -- in the Hartford event, where she shot 153 for two rounds and didn’t make the cut.

Michelle Wie
As a teenager, Michelle Wie was determined to compete with male golfers. She played in eight PGA Tour events between 2004 and 2008 but didn’t make any cuts. In her first try, at the 2004 Sony Open in Hawaii, the 14-year-old Wie shot even-par 140, including a second-round 68, the lowest score ever posted by a woman in a PGA Tour event. Wie also tried to qualify for the 2006 men’s U.S. Open, at age 16. She shot 68 in the first round of a qualifying tournament, but soared to a 75 in the second round for a 36-hole total of 143, five shots shy of reaching a playoff for one of the 18 available spots.
Posted by Scott Stevens at 2:31 PM No comments:

Email ThisBlogThis!Share to TwitterShare to FacebookShare to Pinterest
Labels: All Posts, Women in Golf
Newer Posts Older Posts Home
Subscribe to: Posts (Atom)
Welcome to Eat Sleep Golf - The Okanagan. Have a look around as we continue to shine light on the innovation and creativity found throughout the Okanagan golf community.